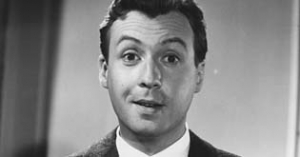 Peter Alexander Neumayer was born in Vienna on June 30, 1968, as the son of the banker Anton Neumayer und his wife Bertha (née Wenzlick). He took an interest in music from an early age: his grandfather owned a music store in the city of Pilsen and at the age of five he joined the famous Vienna Boys" Choir.

In 1946, he took up medicine at the University of Vienna, but quit shortly afterwards to enroll at the famous Max-Reinhard-Seminar in Vienna, where he studied acting. After graduating, he played at the Burgtheater, the Wiener Stadttheater, the Kolosseum and the cabaret Simplicissimus.

In 1951, Alexander"s first record was released ("Das machen nur die Beine von Dolores"), and in 1953, he won the German Song Contest in Munich with the song "La Bella Musica". In 1952, he made his first screen appearance in the Austrian music film "Verlorene Melodie".


Thanks to several No. 1 hit singles in the German charts, he managed to establish himself as an immensely popular singer. At the same time, the movies "Liebe, Tanz und 1000 Schlager" (1955) and "Bonjour, Kathrin" (1956) made him a very sought-after movie star.

Géza von Cziffra, who directed many of Peter Alexander"s movies, explained his long-running success as follows: "The biggest secret of his success is the fact that he is not a screen actor. He has never been an actor in the classic sense, embodying a character. Instead, he has always portrayed the charming and nice lad he is in real life. On screen, he has an enormously humanistic charisma, and for an actor that"s more important than depending on one"s intellect."

In 1972, Peter Alexander appeared in "Hauptsache Ferien", his last movie to date. In the following years, he concentrated on his music and TV career.

After the death of his wife in 2003 Peter Alexander withdrew more and more from the show business. Only sporadically he appeared on the TV-screen, mainly in galas held in his honour.

During his last years he lived reclusively in his native town Vienna where he passed away on February 12, 2011 at the age of 84.