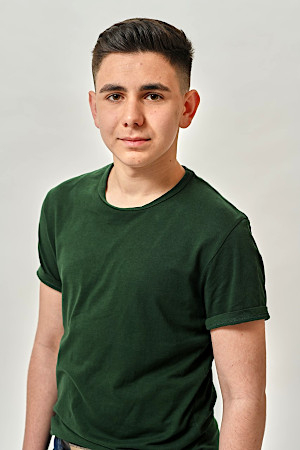 Mert Dincer was born on 16 April 2003 in Hamburg. At the age of eight he began taking lessons at the Hamburg acting school New Talent. He played his first television role in the "Tatort" episode "Die Feigheit des Löwen" (2014), as a Syrian refugee boy who is supposed to lead the commissioners to illegal smugglers. Subsequently, in another "Tatort" episode "Borowski und die Kinder von Gaarden" (2015), about the murder of a pedophile, he impersonated a member of a children's clique in a socially deprived area. He then had further guest roles in TV series, among others in episodes of "Unter Gaunern" and "Helen Dorn" (2016). Züli Aladag cast him for his NSU docudrama "Die Opfer – Vergesst mich nicht" (2016) where Dincer played young Kerim Simsek, son of a NSU murder victim.

Mert Dincer made his debut on the big screen with a smaller role in the award-winning comedy "Willkommen bei den Hartmanns" ("Welcome to Germany", 2016). In "Zoros Solo" (2019, director: Martin Busker) he played an Afghan refugee boy who joins a boys' choir to smuggle his father across the border while on a concert tour. The film was released in German cinemas in October 2019 and was screened again in summer 2020, after the coronavirus-related restrictions for cinemas were lifted. Also in summer 2020, Dincer stood in front of the camera for Piotr Lewandowski's tragicomedy "König der Raben".