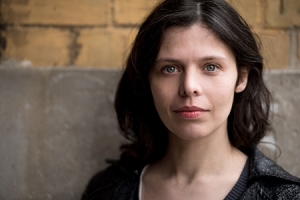 Margarita Breitkreiz was born in Omsk on January 7 1980. In 1992, her family relocated to Germany, and from 2002 until 2006, she studied acting at the Hochschule für Schauspielkunst 'Ernst Busch' in Berlin.

During her training, she already appeared in stage productions at the bat-Studiotheater, at the Schloss Neuhardenberg and at the Volksbühne. Moreover, she made her first TV appearances, guest-starring in shows like "Abschnitt 40" and "Die Rosenheim-Cops".  In 2004, she was the female lead opposite Axel Prahl in the made-for-TV drama "Der Grenzer und das Mädchen".

In Michael Koch's drama "Marija", which premiered at the 2016 Berlin IFF, Breitkreiz starred in the role of an Ukranian woman whose life in Germany starts to unravel after she loses her job. Her performance garnered Breitkreiz the Prix Mademoiselle Ladubay for Best Female Aco at the Festival Premiers Plans in Angers.