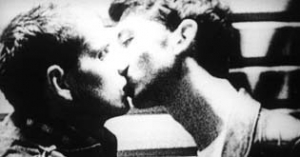 The film joins four short films by Jan Krüger about distance, dependence, and the state of being beside oneself in relationships and friendships: "Freunde" ("The Whiz Kids") tells the story of the friendship of two boys oscillating between platonic camaraderie and erotic attraction. In "Verführung von Engeln", Udo Lindenberg cantillates Bert Brecht′s poem of the same name. In addition to that, a young man wanders through the city at night meeting several attractive people without ever getting close to them. "Tango Apasionado" deals with the love affair of two men. Finally, "Hotel Paradies" tells the story of a man who on the way to his lover meets a fascinating woman and becomes the "beholder of her devotion" – a role he is not up to in the long run.