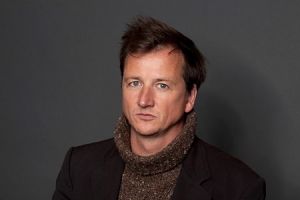 His next film, "Jetzt oder nie: Zeit ist Geld" ("Now or Never", 2000), that was co-produced by Til Schweiger, became a huge box office hit. The film tells the story of three old ladies who turn into bank robbers to fulfill themselves a lifelong dream. The three leading actresses won the Ernst Lubitsch award for best performance in a comedy given out by the association of Berlin film critics. Furthermore, the film received the film award of the city of Lünen.

Büchel's next film, "Erbsen auf halb 6" ("Peas at 5:30", 2004), a film about the journey of a blind man and his female teacher to his mother in Russia, also received stellar reviews, first and foremost for Fritzi Haberlandt's performance. Furthermore, the film's score won the 2004 German film award.

After setting up his own production company "element e" together with Bernd T. Hoefflin, Büchel filmed two episodes of the short film "Nichts weiter als" (2006) – again starring Haberlandt – and produced the film "Paulas Geheimnis" ("Paula's Secret", 2006), directed by Gernot Krää that won the first prize at the children's film festival "Lucas" in Frankfurt.

Next, Büchel directed a children's film himself. "Lippels Traum" ("Lippel's Dream"), a film that deals with numerous fairy-tale like elements, premieres at the 2009 International Film Festival in Berlin.