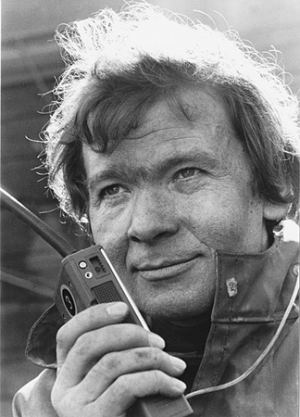 Jost Vacano was born in Osnabrück on March 15th, 1934. He studied electronic engineering at Munich University and after receiving his degree, he enrolled at the Deutsche Institut für Film und Fernsehen, a film and television school. In the mid-1950s, Vacano started to work in the production of ads and non-fiction films, for instance he assisted Peter Schamoni on a short documentary about the 1957 World Youth Games in Moscow. He also collaborated with Schamoni on six more short films and on the feature film "Schonzeit für Füchse" (1966).

His creative partnership with director Wolfgang Petersen began with the highly successful submarine thriller "Das Boot", and continued on "Die unendliche Geschichte". At this point, Hollywood already took notice of his talent, thanks to the international success of "Das Boot" and his associated Oscar nomination for Best Cinematography . Vacano shot "RoboCop" for maverick director Paul Verhoeven, and continued to work with the Verhoeven on "Total Recall" (1990), "Showgirls" (1995), "Starship Troopers" (1997) and "Hollow Man" (2000).