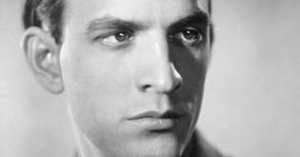 Ingmar Bergman was born in Uppsala, Sweden, July 14, 1918. The son of a very religious family is generally regarded as one of the most important filmmakers of the 20th century. While he was studying Literature and Art history, he directed first student theater plays. Due to financial reasons, he had to leave University and take on a job as screenwriter with 'Svensk Filmindustri'. At the same time, he also became Assistant Director at the Royal Opera in Stockholm.

In 1946, Bergman made his debut as a film director with the drama "Kris" ("Crisis"). Ten years later, he had his major breakthrough with "Sommarnattens leende" ("Smiles of a Summer Night"), a comedy with an erotic touch that won the Palme d'Or at the International Film Festival in Cannes in 1956. In the following years and decades, Bergman further established his reputation and significance as a director of melodramas that are equally philosophic and psychologically precise with works such as "Jungfrukällan" ("The Virgin Spring", 1959) or "Tystnaden" ("The Silence") (1963). The complexity of interpersonal relationships, moral as well as the search for meaning are repeating subject matters in many of Bergman's film, e.g. in the award-winning mother-daughter drama "Höstsonaten" ("Autumn Sonata", 1978) or in "Fanny och Alexander" ("Fanny and Alexander", 1982), a poetic family epos with an autobiographical touch. Bergman, who was nominated eight times for an Academy Award and received the Irving G. Thalberg Award for his lifetime achievement, was a big influence on many renowned filmmakers like Jean-Luc Godard, Eric Rohmer and Woody Allen to name but a few.

Throughout his life, Bergman remained critical of his own success. Leading a secluded life and suffering from depression, Bergman several times announced to withdraw from his career in film and theater (only to return to it shortly after) and refused to travel to Cannes in 1997 to accept the Lifetime Achievement Award. In 2000, his highly-acclaimed theater production of Ibsen's "Ghosts" in Stockholm was one of Bergman's late triumphs. After realizing the TV family drama "Saraband", in 2003, Bergman withdrew from directing completely, moved to the island Farö (Baltic Sea) to focus on reading and watching films.

Ingmar Bergman, who was married several times and lived together with the actress Liv Ullmann for five years, died at the age of 89 in his house on Farö on July 30, 2007.