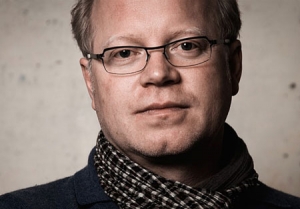 Dominik Wessely was born in Munich in 1966 and started his career in film in 1988, working various jobs as a camera assistant, props master and floor manager for made-for-TV movies, commercials and documentaries. From 1989 to 1991, he studied modern history, art history and philosophy in Munich before enrolling in (documentary) film directing at Filmakademie Baden-Württemberg. He graduated in 1996 and was awarded the "Silver Spire Award" at the San Francisco Film Festival in 1997 for his documentary "Anti-Sisyphos – Der Maler Roman Opalka".

In Germany he received some attention for his big screen documentary "Die Blume der Hausfrau" (1998) about the everyday life of a group of traveling salespersons who sell vacuum cleaners. In the subsequent years he mostly worked for TV doing documentaries. In 2006, "Die Unzerbrechlichen", a highly acclaimed documentary, had its theatrical release. It was followed by "Gegenschuss – Aufbruch der Filmemacher" ("Reverse Angle - Rebellion of the Filmmakers", 2008), a documentary on the legendary distributor "Filmverlag der Autoren". From 2008 to 2013, Dominik Wessely was a professor for documentary directing at the International Filmschool Cologne (ifs). In 2009 he was one of around 70 directors who contributed to the monumental TV documentary "24 h Berlin – Ein Tag im Leben".

Shifting to a completely different genre, Dominik Wessely made his fiction debut with the children's film "Nellys Abenteuer", in which a 13-year-old girl's family vacation in Romania takes an unexpected turn.

For television he filmed the documentary "Charlotte Knobloch - ein Leben in Deutschland" (2016), a portrait of the president of the Jewish Community of Munich. Wessely was then one of the directors of the major project "24 h Bayern - Ein Tag Heimat" (2017, TV).

In the autumn of 2017, Dominik Wessely began filming the documentary film "Es hätte schlimmer kommen können - Mario Adorf" ("It Could Have Been Worse – Mario Adorf"), for which he accompanied the legendary actor for several months and interviewed friends and colleagues. The film premiered at the Berlinale 2019 and was shown in cinemas in autumn 2019. Wessely then shot "Willi und die Wunderkröte", a nature documentary for children.

From 2017 onwards, Wessely also worked together with Antje Boehmert on the TV documentary "Loveparade - Die Verhandlung" , which accompanies the court case on the Loveparade disaster in Duisburg 2010 for the entire duration until mid-2020.