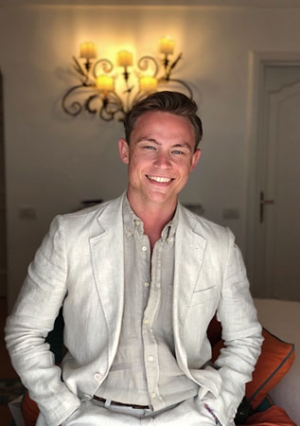 Dennis Mojen was born in Hamburg in 1993 and played his first roles on TV and the big screen already as a teenager, among others in an episode of the series "Die Pfefferkörner" (2009), in the youth film "Summertime Blues" (2009) and in the period drama "Poll" ("The Poll Diaries", DE/AT 2010). In 2010 he took part in a Meisner workshop at the Hamburg acting school 'Film Characters'. He had his first leading role as an active shooter in the short film "Der Ausflug" (2011, Director: Stefan Najib), whose story was loosely based on the shooting rampage in Winnenden, Germany.

In the next few years Mojen mainly appeared in leading guest roles in TV series such as "Notruf Hafenkante" (2011), "Der Dicke" (2012) and "Der Bergdoktor" (2014). In the Siegfried Lenz adaptation "Arnes Nachlass" ("Arne's Legacy", TV, 2013), he impersonated the eldest son of a foster family who takes in a severely traumatised teenager.

Mojen received much critical praise in 2015 for two guest roles: In the "Großstadtrevier" episode "Kameraden" he played a police student who got into neo-Nazi circles, in the "Tatort" episode "Der Himmel ist ein Platz auf Erden" he was a murderer who killed out of jealousy. For this part he was awarded the New Faces Award for "Best Young Actor". Mojen was then a member of the ensembles of the coming-of-age film "Nirgendwo" ("Nowhere", 2016) and the female friendship story "Wann endlich küsst du mich" ("Longing for a Kiss", 2016). On television he appeared in supporting roles as a German Salafist in the terrorism drama "Brüder" (2017, director: Züli Aladağ) and as a chance acquaintance of two teenage girls in the highly acclaimed coming-of-age road film "Wach" (2018).

Dennis Mojen played his first leading role in a feature-length movie in Martin Schreier's "Traumfabrik" ("Dream Factory", 2019), as an extra in the DEFA studio Babelsberg, who falls in love with a French dancer shortly before the closure of the GDR border in 1961.