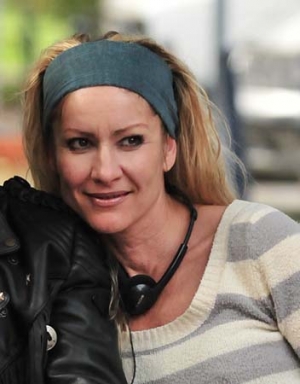 She wrote, produced and directed the short "Don't Get Stuck" which premiered at the 2003 Filmfestival Max-Ophüls-Preis and was nominated for the Starter award. The same year, she was part of the production team of "Baltic Storm" and also performed a supporting role in the film. In 2005, she played a trophy wife in Peter Thorwarth's comedy "Goldene Zeiten".

Following supporting roles in Oskar Roehler's "Elementarteilchen" ("Elementary Particles", 2006), Zoltan Spirandelli's Fernsehkomödie "Wie küsst man einen Millionär" (2007) and Josef Rusnak's "Valerie" (2010), Stein made her debut as feature film director with the comedy "Ohne Gnade" ("No Mercy", 2012), which she wrote and produced as well. The film, in which Stein also has a small on-screen role, tells the story of three women who take revenge on the macho world.

On August 2, 2018, Birgit Stein was killed in a motorcycle accident near Kanab, Utah, on her way to the annual Sturgis Motorcycle Rally.