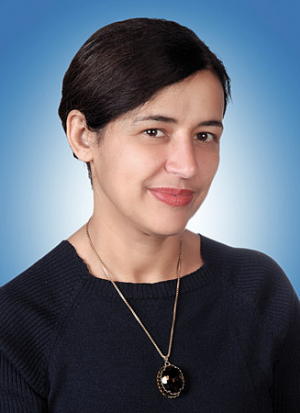 Aysun Bademsoy was born on 14 March 1960 in Mersin, Turkey. In 1969 the family moved to Berlin. She came to the film business - still at grammar school - first as an actress when director Peter Keglevic was looking for a leading actress for his television film "Zuhaus unter Fremden" in 1977. Bademsoy got the part: a daughter of Turkish immigrants who starts a relationship with a German against the will of her conservative parents (played by Herbert Grönemeyer in his first significant role). In 1978, Bademsoy began studying theatre studies and journalism. At the same time she occasionally took on smaller roles, for example in an episode of the series "Liebling Kreuzberg" (1986).

Towards the end of her studies Bademsoy began to work behind the camera more and more often, for example as assistant director, script girl, production manager or assistant editor. In an interview, she later described the genesis of her first own documentary film: after graduating in 1989, Bademsoy worked on several plays with foreign students. This work gave rise to the idea of making a documentary film together: The young people were to examine their way from the subway to school from their own perspective. This resulted in "Fremde deutsche Nachbarschaft" (1989).

Afterwards Bademsoy started working full-time as a documentary filmmaker. Most of her films deal with the topic of migration and the everyday life of young German Turks. In the medium-length "Mädchen am Ball" (1995, TV) for example, she portrayed five young German-Turkish women playing in a Berlin women's football team. The one-hour sequel "Nach dem Spiel" ("After the Game", 1997, TV) was shown at the 1998 Berlinale in the New German Films section. Two years later, "Deutsche Polizisten" ("German Police"), a portrait of young Berlin police officers with a migration background, was also shown there.

For "Am Rand der Städte" ("On the Outskirts"), which premiered in the Forum of the Berlinale 2006, Bademsoy conducted interviews in her birthplace Mersin with Turks who returned to their country of birth after years, but where they live as 'German citizens' in a kind of in-between world. With "Ich gehe jetzt rein" ("In the Game", 2008), after "Mädchen am Ball" and "Nach dem Spiel", she continued her long-term documentary about the lives of five Turkish women living in Germany. At the Munich Film Festival 2011, she presented the documentary "Ehre" ("Honor"), about three young people from different backgrounds, for whom the term honor has an archaic meaning, which they also defend with violence. The film was dedicated to Hatun Sürücü, who was murdered by her brothers in Berlin in February 2005 because she did not want to live what they considered a traditional life.

In 2015 and 2016 Aysun Bademsoy was a scholarship holder of the Istanbul Cultural Academy Tarabya. For her film "Zyklop" (2016) she accompanied the German-Turkish-Armenian musician and composer Marc Sinan in search of an epic by Dede Korkut. Her documentary film "Spuren - Die Opfer des NSU" ("Traces"), which premiered at the DOK Leipzig Festival in autumn 2019, received much attention. In it, Bademsoy described the experiences of relatives of the victims of the neo-Nazi terror group NSU with the German justice system, which for years falsely made the victims into suspects - and in the end let the real accomplices get away with mild punishments. The film was released in February 2020.

Aysun Bademsoy is married to director Christian Petzold and is the sister of actor and casting agent Tayfun Bademsoy.