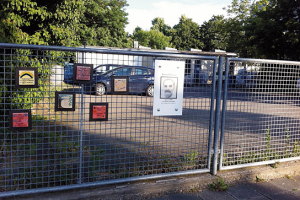 The documentary film sheds light on the experiences of the relatives of the Turkish and Greek-born men murdered by the NSU (neo-Nazi terror group National Socialist Underground) in Germany between September 2000 and April 2007 (not only) with the German justice system. The fact that in all cases it was initially assumed that the murders were related to drug trafficking and organised crime, and that investigations were carried out in non-German milieus, wrongly made the victims and their family and friends suspects and thus deepened existing prejudices. The film focuses on how the bereaved deal with their grief and the omnipresent suspicions, as well as on how they process what they experienced during and after the NSU trial, which lasted several years. At the end of the trial, only Beate Zschäpe, as a survivor of the NSU's inner circle, was sentenced to life imprisonment, and other accomplices were given mild sentences, leaving the surviving members even more disillusioned and shook their faith in the rule of law.