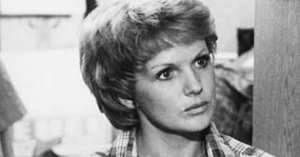 Angelika Waller was born October 26, 1944, in Bärwalde in Brandenburg. From 1963 to 1966, she attended a special seminar at the Young Talents Studio of Deutscher Fernsehfunk Berlin and studied acting. Subsequently, she became a cast member of Berliner Ensemble where she stayed from 1966 to 1992. At Berliner Ensemble, Waller was seen as Polly in a production of Bertolt Brecht's "Die Dreigroschenoper" ("The Threepenny-Opera"), as Frau Gabor in Frank Wedekind's "Frühlings Erwachen" ("Spring Awakening"), and as Motja in Heiner Müller's "Zement" ("Cement"), to name but a few.

Waller started her movie and TV career while she was still studying and appeared in several productions by DEFA as well as by DFF. After playing a small supporting role in the crime film "Die Glatzkopfbande", directed by Richard Groschopp, Waller made her breakthrough performance that has been strongly associated with her ever since. In Kurt Maetzig's socio-critical film "Das Kaninchen bin ich" ("I Am The Rabbit"), Waller played the leading role of waitress Maria Morzeck, who fights against all obstacles to be permitted to study. But the film was banned by the GDR regime and did not premiere until 1989. Thus, Waller's acting performance in "Das Kaninchen bin ich" did not have an impact on her professional career.

Instead, Angelika Waller became known to a wider audience in 1966 as artistically talented and aspiring animal trainer Martina Carvelli in the circus movie "Schwarze Panther", directed by Joseph Mach. During the following years, Waller appeared in numerous films in leading and in supporting roles. She repeatedly worked with director Rolf Losansky, for instance in "Im Himmel ist doch Jahrmarkt" (1968), in "Hut ab, wenn du küßt!" (1971), and in "Euch werd ich's zeigen" (1971). Furthermore, Waller made a memorable performance in the love story "Ein April hat 30 Tage" ("April Has 30 Days", 1978). The film that was bolstered with a political agenda saw Waller as Maria who starts a futureless relationship with a Uruguayan communist.

But apart from the mentioned films, Waller rarely appeared on the big screen from the 1970s on. Instead, she was almost exclusively seen in TV productions, for instance in the TV crime series "Polizeiruf 110" and "Der Staatsanwalt hat das Wort", as well as in the title role of the popular TV movie "Rotfuchs" (1973). Furthermore, Waller starred in "Die Frauen der Wardins" (1974), a three-part chronicle of a farmer's family, in the multi-part society drama "Daniel Druskat" (1976), and in the three-part literary adaptation "Abschied vom Frieden" (1977). She also made a much-noticed performance as Bach's first wife in the multi-part TV movie "Johann Sebastian Bach" (1985).

After the German reunification, Angelika Waller was able to continue her successful TV career. In Frank Beyer's crook movie "Der Bruch" (1989), Waller starred alongside Götz George, Rolf Hoppe, and Otto Sander, in 1992, she was seen in the comedy "Babysitter", directed by Peter Welz, and in 1996, she starred in Jürgen Goslar's film "Tote sterben niemals aus", again alongside Götz George. Waller made her most recent performance in the role of the granny in Thomas Isenbach's experimental feature film "Happiness Is a Warm Gun" (2001) about the lifes of Petra Kelly and Gert Bastian.

Since 1993, Angelika Waller is a professor at Berlin's drama school "Ernst Busch", where she has been teaching as a lecturer since the 1970s. Furthermore, she is still continuing her theatre career and has directed a production of Frank Wedekind's "Musik" ("Music") in Chemnitz, and a production of Heiner Müller's "Anatomie Titus" ("Anatomy Titus") at Berlin's Hebbel Theater. In addition, Waller occasionally participates in radio play projects.