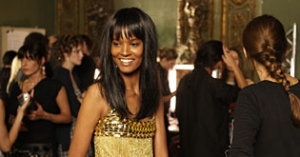 When Waris Dirie′s Desert Flower appeared in 1998, the world was shocked. The former supermodel tells her breathtaking life story, describing her incredible journey from a nomadic life in the deserts of Somalia to the world′s most famous catwalks. This was a dream and a nightmare at the same time. In New York, at the peak of her career, she tells in an interview of the practice of circumcision that she had to suffer when she was five. Waris Dirie decides to end her life as a model and dedicate her life to fighting this archaic ritual.