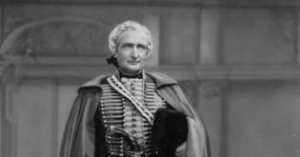 In the middle of the 18th century, Franz Freiherr von der Trenck returns to Vienna after eight years of military service for different countries and an involuntary escape from Russia. On request of his father, he forms a corps of pandurs and invests his portion of the inheritance. In the War of the Austrian Succession, Trenck and his regiment serve Empress Maria Theresia and fight against France. The fighting leads him back to Russia, where he falls in love with Natalie Alexandrowna. But soon he has to leave Russia again because the love of beautiful Natalie seems to threaten his life. Back in Vienna, womanizer Trenck at first flirts with Countess St. Croix, then with Princess Deinartstein who is promised to Count Solojew who, in turn, is involved in a spy affair with Countess St. Croix.

The film is a National Socialist propaganda movie featuring clear anti-French tendencies and a paean on the military.