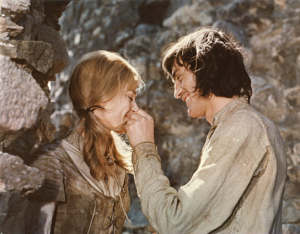 Till Eulenspiegel, a legendary figure from the time of the German Peasants' War, travels the country to hold up a mirror to the powerful and open the eyes of the common people. Stations of his roguish pranks are the castle of the anachronistic knight Kunz; the court of Prince Heinrich, whose banqueting hall he is to repaint, and the imperial court. Through a shrewd and astute dispute with the arrogant and dogmatic professors, he is able to regain the emperor's mercy, thus escaping the gallows but being expelled from the country.