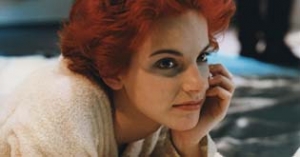 The film is a detailed portrayal of the tragic-comic and stressful situation of a young Berlin couple - Romeo and Juliet - who want to get away from the city over New Year and escape to a East European metropolis. But in so doing their relationship gets into a hell of a mess. He wants to always treat her like an object, but underestimates her intelligence. After five nerve-wracking days of to-ing and fro-ing, they drive back to Berlin but have only moved the of setting for their arguments ...