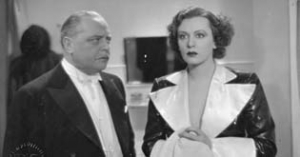 A dubious financier, who invests his money in a revue theatre, is shot in his loge during a premiere show. The shot was fired from the stage, so that inspector Helder who gets help from the theatre′s stage manager already starts to investigate the murder when the show is still running. Carmen, the revue′s main protagonist, who had been hassled by the murder victim becomes the first suspect but also her stage partner and former lover Fred and the disappointed Lydia who lost her part in the cast to Carmen cannot be ruled out. Just in time for the end of the show, inspector Helder is able to convict the murderer and Carmen and Fred finally come back together.
Geza von Bolvary presented Zarah Leander in her first German-language film with several song parts and was able to tie in with Leander′s enormous success at the theatre.