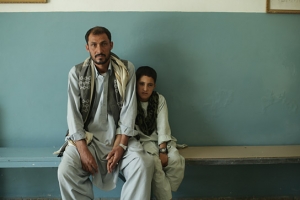 'This is not science fiction', says a commercial inviting young people to join the US Air Force. Indeed it is anything but a utopian vision when drones targeting humans in Afghanistan and other countries are operated from a safe distance. National Bird describes the dramatic experiences of three former Air Force analysts who have decided to break their silence about the secret deployment of these combat drones. Haunted by the realisation that they might have been responsible for the death of innocent victims, they are going public with their knowledge – regardless of the possible consequences. These three war veterans all signed up voluntarily for military service – either out of a sense of idealism, hardship or a feeling of duty. But all that changed as a result of the drone programme.

"National Bird" provides insights into the US drone programme as seen through the eyes of veterans and survivors whose stories are connected. At the same time the film asks whether it is possible for a world to exist other than one in which violence breeds violence.