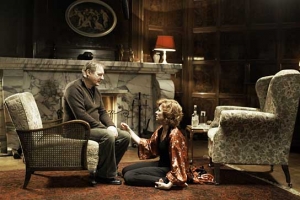 At the center of the film is a lonely man, Josef (played by Burghart Klaußner), whose very existence gradually becomes more threatened. He has only recently become a widower when two unexpected visitors suddenly turn up: a woman named Nina, who claims to be a friend of his late wife, and her son Simon. Josef is then invited to Simon's Kendo tournament where he meets Simon’s wife Milena. But after only a short time, Nina asks Josef if the young couple could live at his place for a while. As time goes on, Nina is at Josef's more often than not, and it doesn't stop there: her boyfriend and Milena's son Marco then take up residence. Although he had been initially pleased to have some company to take his mind off of his recent loss, these new sub-tenants become increasingly threatening in the way they force their way into his life ... and lead to violent consequences.