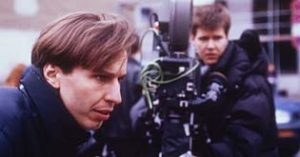 Even Klaus Uhltzscht′s birth at a village inn in the Vogtland resounds with history: it is the evening of 20th August 1968, and tanks are rolling towards Prague. Klaus spends his childhood in a block of prefabricated concrete flats; the house is directly opposite to the central offices of the Ministry for State Security. During his schooldays he ends up as a young pioneer on the title page of a well-known illustrated magazine. Later his choice of profession leads the 18 year old into the ranks of the Stasi.

In the wild days prior to political change, Klaus Uhltzscht even saves life: his blood helps to prolong the life of Erich Honecker. But for Klaus, the secret operation has fatal consequences: the shy young man becomes equipped with genitals beyond all quantitative imagination. And Klaus puts these into action, blasting a way to freedom for millions - during the already legendary night of 9th November 1989 ...