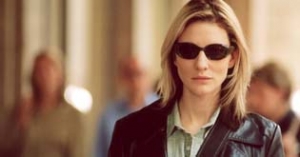 Turin. Four innocent people fall victim to an assassination. The English teacher Philippa is arrested. She doesn′t deny anything - and is shattered. She had a different goal, namely a drug dealer responsible for the death of her husband and four of her pupils. The police however insist that there was a political motive.

Only a young rookie policeman believes her, for he secretly thinks that they were meant for one another. But he must prove his love to her, unconditionally ...