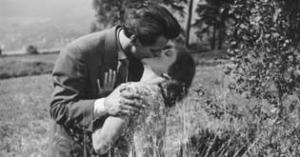 Actually, the Düsseldorf musician and composer Peter Weselin only wanted to spend his placid vacation with his uncle in the Vogtland village of Klingenthal. But in the city famous for its manufacture of musical instruments, the annual music festival is about to start. For the festival, the accordion factory asks Peter for a large composition for the symphonic orchestra. Furthermore, cute Anna asks him to write a pop song for her youth dance band. Thus, Peter finds no rest during his vacation. Then Peter falls in love with the initially rather capricious Anna as well. And in questions of love, he also has to stand by his uncle Edeltanne who has cast an eye on Anna′s friend Elvira.