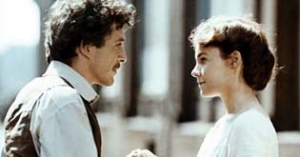 The Woman and the Stranger

Karl and Richard are prisoners of war in Russia after the First World War. They long to get home and suffer in captivity. Anna is Richard′s wife and becomes Karl′s secret lover, after Richard has told him everything about her. Karl then flees from captivity and poses as Richard when he meets Anna. Although Anna knows that the stranger is not her husband, she accepts him and slowly falls in love with him. Both think that Richard is dead – and want to believe him dead. But when the war ends, Richard returns home. Anna decides in favour of Karl as she is expecting a child from him.