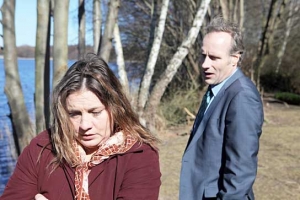 Sebastian, a successful fertility doctor, leads a good life. He enjoys an open and easy-going relationship with his son, Arthur. At least that is the way he sees it.

His cleaning lady, Jana, has quite a different approach towards parenting her daughter Vera. Sebastian finds Jana to be an overprotective mother. Conversely, Jana shakes her head at how much freedom Sebastian allows his son to have. One night both teenagers go out together, without Jana's permission. The next morning, Jana panics when she finds out that Arthur and Vera have not returned home from their night out. Attempting to calm her down, Sebastian instead provokes the opposite …

Director Sylvie Michel sensitively presents two people whose lives are closely interwoven, yet who cannot reach out to each other. Intimately observed and empathetically narrated, "Our Little Differences" is an ironic psychological drama about a deeply disrupted community.