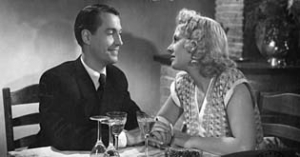 The fine breeding sow "Prinzessin Anastasia" represents the culmination of the breeder’s efforts of landowner Theobald Langendorff. He hires the private investigator Bruch for her safety because he fears the dark deeds of the neighbouring landowner Matthesius who also owns a fine breeding sow. Theobald’s nephew wants to marry the ballet dancer Ilse but he is only entitled to his share of the inheritance when all family members give their consent. Everybody agrees but Theobald’s sister Julia refuses to give her consent. Thus, Helmut turns to his uncle Hans-Heinz for help. But his uncle immediately tells Julia that he soon plans to publish his memoirs full of intimate details about his relatives. The quarrels go back and forth until Ilse finally has enough. She meets her agent to sign a new contract. Just in time, Helmut manages to put the breeding sow into his car and with his threat to ship the sow to the slaughterhouse, he finally reaches the much longed for peace in the family.