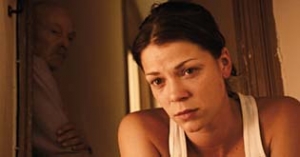 The Day I Was Not Born

In Buenos Aires, 31-year-old Maria runs up against a long-kept family secret whose origins go back to the time of the Argentinean military dictatorship.

During a stopover on her way to Chile, 31-year-old Maria recognizes a nursery rhyme in Buenos Aires. Maria does not speak a word of Spanish, but without understanding what she is singing she remembers the Spanish lyrics. Disturbed and thrown off course, she breaks off her journey and wanders through the unfamiliar city.

On the phone to Germany she tells her father, Anton, about her experience and the peculiar fascination the unfamiliar city has on her. Two days later, Anton suddenly turns up at Maria’s hotel with something to confess; Maria spent the first three years of her life in Buenos Aires during the military dictatorship at the end of the seventies, until the people she had always thought were her parents adopted her and brought her to Germany. Father and daughter begin a journey together in search of Maria’s biological parents. Anton does everything he can to not lose his daughter.