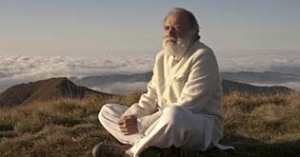 The End is My Beginning

Screen adaptation of Tiziano Terzani′s memoirs. Terzani was the long-time Southeast Asia correspondent for German news magazine "Der Spiegel" and passed away in July 2004. The film begins with the retired and fatally ill Terzani moving to a remote house in Tuscany with his wife Angela, since he wants do die in his native land. He asks his son Folco, who is living in New York, to join him in Italy. Once Folco has arrived, Terzani recount his life story – from his youth in Florence, spanning the three decades he worked in Asia up to the time when he was diagnosed with cancer and spent three years with a sage in the Himalayas, learning to accept death.
In the course of the conversation between father and estranged son, the two get closer than ever before. In the end, Folco agrees to publish his father′s memoirs.