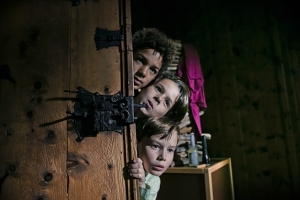 Oliver Hassencamp's best-selling children's book series "Burg Schreckenstein" (known in English as "The Gang from Shiverstone Castle") is now being adapted for the big screen with director Ralf Huettner making his first outing into the family entertainment genre.

It's a big shock for 11-year-old Stephan when his mother sends him off to the all-boys boarding school at Burg Schreckenstein. However, after initial differences, the other boys accept him into their secret society, and he takes part in the series of pranks played on the girls of the neighboring Rosenfels boarding school. The girls plan revenge, but events develop in a quite unexpected direction...