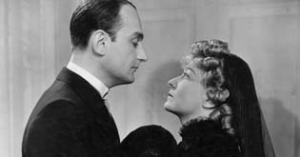 This first German screen adaptation of Guy de Maupassant′s novel was censored by the Nazi regime, which objected to the socio-critical tone of the book: Thanks to his luck with women, Georges Duroy suddenly has a successful career: Madeleine, wife of the editor-at-large of a Paris newspaper, builds him up to be her husband′s successor. She gets a divorce and marries George, who takes over the job at the paper, not knowing that Madeleine is in cahoots with corrupt colonial minister Laroche. Eventually, Georges falls in love with Suzanne, who is Laroche′s daughter but nevertheless an honest girl. Georges exposes Loaroche′s criminal scheme, and finally takes over his office. He restructures the colonial policy of France and starts a new life with Suzanne.