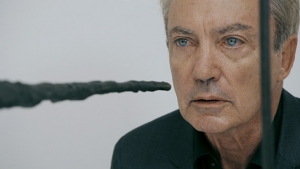 Film legend Udo Kier is an arteholic, addicted to art and himself a living piece of art. In Hermann Vaske's film, Kier talks about his time with Andy Warhol and lavish parties in New York or Rome. He is also shown in conversations with his friends, among them director Lars von Trier. Kier takes the audience along on a trip through the art sphere, he visits the Städl museum in Frankfurt, the Museum Ludwig in Cologne, the Kunstmuseum in Bonn, the Hamburger Bahnhof in Berlin, the Louisiana Museum in Copenhagen and the Centre Pompidou in Paris.