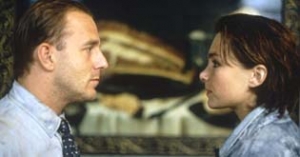 When Eva finds out that her husband Luis, an unsuccessful artist, is having an affair with the well-known banker Charlotte and has gone off with her for a romantic holiday in Venice, the waitress and mother of two small children blows her top completely.

In order to win back her husband, she drives after him, And so as to take care of the mistress at the same time, she picks on the crazy idea of kidnapping Charlotte′s star lawyer husband Nick, who′s as successful as he is arrogant. She forces him at pistol point on an arduous odyssey through Italy during which Nick tries on several occasions to escape from his kidnapper and the children he so detests. When the two couples - the involuntary couple Eva and Nick who hate each other and the lovers Charlotte and Luis, - finally meet up in Venice, all concerned have gone through some experiences that will lead them to change their lives - whether they want to or not.