Not only Germany's crisis areas located in the eastern region of the country, but also it's inner-city crisis areas have provoked some very fine quasi-documentary type films with high melodramatic value among young German film makers today. Indeed, the triumph of Fatih Akin's film "Gegen die Wand" ("Head-On"), awarded the Goldenen Bären in the Berlin International Film Festival in 2004, has focused a great deal of attention onto a subject German cinema has been dealing with for already a number of years now: multi-ethnic happenings in urban centers. 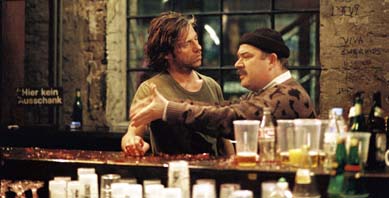 Previously, the people who grew up within the 2nd and 3rd generation of immigrant families living in Germany tended to be largely presented as either exotic extras strangely decorating some in big city tale or they were denounced, being reduced to mere problems. In 1998, however, with Akin's "Kurz und schmerzlos" ("Short Sharp Shock"), and Yüksel Yavuz's "Aprilkinder" ("April Children"), all this changed: In these two Hamburg productions, the immigrant characters were now seen as complex characters representative of the ethnic communities which had shaped them, making the inter-cultural hustle and bustle of today's inner-city life concrete and palpable.The narrative strategies of these two filmmakers are as different as the microcosms they carefully illuminate in detail: While in the gangster melodrama "Kurz und schmerzlos", Akin brings out to extreme the struggle for self-awareness in his various Turkish, Greek and Serbian heroes from Altona-Hamburg, Yavuz, in "Aprilkinder", follows a more cool storyline, showing how the two Kurdish brothers attempt to solve the contradictions of daily life. 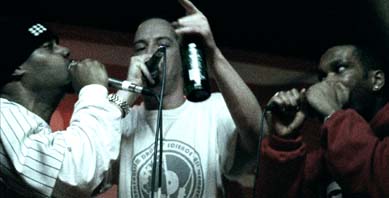 In the meanwhile, a whole new line of Turkish film makers have established themselves. These include Thomas Arslan, Züli Aladag and Ayse Polat to mention only a few. The most radical contribution to this big multi-ethnic urban space, however, has come from Till Hastreiter in his major work "Status Yo!" (2004), where Turkish, Chinese and Croatian B-Boys from Berlin are portrayed in their struggles for recognition and authenticity. Here, Hastreiter delivers an "Inner City Blues", whose raw film material is reordered in a remixing process that allows Hiphop to permeate the whole film aesthetic, making it rather inaccessible to the youth culture formats so typical of MTV.