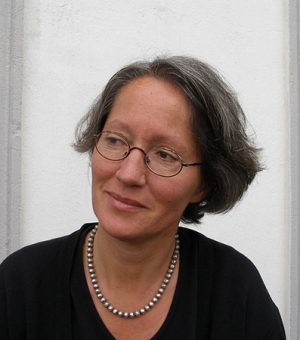 Ute von Münchow-Pohl was born in Bremen, studied arts at the Arts Academy in Münster and after finishing her studies she worked from 1987 until 1990 for the Berlin-based production company Hahn-Film GmbH. There she was in charge of animating the television series "Benjamin Blümchen" and the motion picture "Werner – Beinhart". After leaving Hahn-Film she held workshops on animation in San José and Costa Rica and animated the motion picture "An American Tail: Feivel Goes West" for Universal Pictures in London.

After that she worked for TFC Trickompany in Hamburg until 2001. Among the numerous projects for which she worked as an animator are the motion picture "Der kleene Punker" (1992), the television series "Die Ottifanten" (1993) and the motion picture "Felidae" (1994). She was animation director for "Werner – Das muss kesseln" (1996) and "Pipi Langstrumpf" (1998). Moreover she animated "Tobias Totz und sein Löwe" (1999) for the company Cartoon-film Berlin. From 1998 until 2004 she held lectures at the Animation School in Hamburg.

Ute von Münchow-Pohl gave her debut as director with "Kommando Störtebecker". She also directed the TV-series "Kleiner Dodo" as well as the following motion picture (with Thilo Graf Rothkirch as co-director) for which she also contributed the script and the storyboard. Also with Rothkirch as co-director Münchow-Pohl shot the animated children's movie "Lauras Stern und die Traummonster" which made it's debut in German cinemas in autumn 2011.