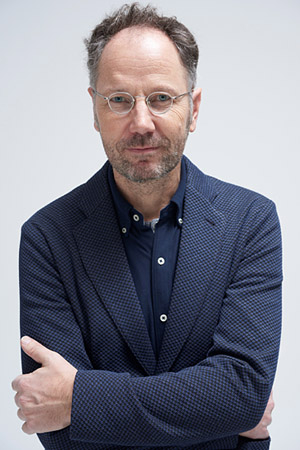 Torsten Körner was born in Oldenburg on 21 September 1965. After studying German and theatre studies, he began working as a freelance journalist in 1998. He wrote reviews of TV productions for the industry publications Funkkorrespondenz and epd medien, as well as feuilletonistic texts for daily newspapers such as the Berliner Zeitung and the Tagesspiegel. In addition to this, he wrote a film history dissertation on Heinz Rühmann at Berlin's Humboldt University, which was published in 2001: "Der kleine Mann als Star: Heinz Rühmann und seine Filme der 50er Jahre". In the same year, his Rühmann biography "Ein guter Freund: Heinz Rühmann" was published and became a bestseller.

Since then Körner has written further biographies on Franz Beckenbauer (2005), Götz George (2008) and on the former German chancellor Willy Brandt and his family (2013), as well as several other non-fiction books, for example "Geschichten aus dem Speisewagen. Unterwegs in Deutschland" (2010) and "Probeliegen: Stories of Death" (2011).

At the same time, Körner remained active as a critic and journalist. In 2009 he received the Bert Donnepp Prize of the Grimme Institute for his TV movie reviews. In 2014 and 2015 he was a member of the jury for the 'Fiction' section of the Grimme Prize.

For the big screen, he realised the documentary "Die Unbeugsamen" (2020), a portrait of German female politicians of the Bonn Republic who had to fight for their professional positions and successes against men obsessed with success and drunk on office. In parallel, Körner developed the non-fiction book "In der Männerrepublik - Wie Frauen die Politik eroberten" (translates to "In the Men's Republic - How Women Conquered Politics"). Since the film's theatrical release had to be postponed until summer 2021 due to the Corona pandemic, Körner's next film was released before it: In "Schwarze Adler" he portrayed Afro-German national football players and also addressed the prejudices and hostility to which the players are still subjected today. This film was released as Video on Demand in April 2021.