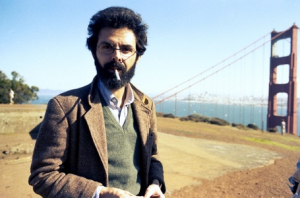 Sohrab Shahid Saless, born on June 28, 1944 in Ghazvin, Iran, moved from Tehran to Vienna in 1962, where he studied directing and dramaturgy for theater at the Krauss School of Drama. At the same time, he attended the School of Film Design and Television at the Vienna Academy of Music and Performing Arts. In 1967 he had to interrupt his studies because of a tuberculosis illness. While still undergoing therapy, Saless went to Paris, where he continued his studies at the Conservatoire libre du cinéma français (CLCF).

In 1968, he returned to Iran. There he made about 20 short films and short documentaries for the Iranian Ministry of Culture, in which he covered such diverse topics as traditional dance among various Iranian ethnic groups and the 'White Revolution' of Shah Mohammad Reza Pahlavi. His film "Ob?" (IR 1972), about youth problems in Iran, won the documentary award at the Tehran National Film Festival. His four-minute stop-motion film "Siah-o sefid" ("Black and White," IR 1972) won an award at the Tehran International Children's Film Festival. The Iranian government, on the other hand, was displeased with his documentaries, because of their somewhat socially critical nature.

During his years in Iran, Saless also made two feature-length films, "Yek ettefāq-e sāda" ("A Simple Event," IR 1974), about the everyday life of a ten-year-old boy who lives with his parents in extremely modest circumstances on the northern Iranian coast, where the father keeps the family afloat with illegal fishing. At the Berlinale Forum, Saless was awarded the Interfilm Prize and the OCIC Prize for "Yek ettefāq-e sāda" (nota bene: both prizes were merged into the Ecumenical Jury Prize in 1992). At the Tehran International Film Festival, Saless received the directing award.

His second feature film "Tabiate Bijan" ("Still Life", IR 1974), which was his last film shot in Iran, depicted the monotonous professional and marital life of an aging crossing keeper on duty at a weather-beaten railroad station. Like "Yek ettefāq-e sāda", this film also screened at the Berlinale, but this time in the competition section. The jury awarded the film a Silver Bear; in addition, "Tabiate Bijan" received the Interfilm Otto Dibelius Award and the FIPRESCI Award. Film historians consider Saless' Iranian works to be stylistically formative for the New Iranian Cinema and for the works of filmmakers such as Abbas Kiarostami and Mohsen Makhmalbaf.

In 1974 Saless left Iran as an opponent of the Shah's regime. He settled in West Germany, where he made a series of much lauded but commercially moderately successful films in the years that followed. "In der Fremde" ("Far From Home", DE/IR 1975) told the story of a Turk who tries to build a new existence as a factory worker in Berlin, but threatens to fall apart because of the harsh realities of life. This film was also shown in competition at the Berlinale, just one year after "Tabiate Bijan". And again, Saless won the FIPRESCI prize. Today, "In der Fremde" is considered a classic on the subject of migration and the fate of foreign workers in Germany.

For German television (ZDF), Saless made the drama "Reifezeit" ("The Coming of Age", 1975), about a nine-year-old boy from Berlin-Wedding who has no idea that his single mother works as a prostitute. Like most of Saless' works, the film is characterized by an extremely calm narrative style that is as sober as it is sensitive, as well as an oppressive atmosphere that is heightened here by the black-and-white photography. At the Chicago International Film Festival, "Reifezeit" was awarded a Silver Plaque; at the Locarno Film Festival, the film received a 'Special Mention' from the Ecumenical Jury. Also, for television, Saless realized "Tagebuch eines Liebenden" ("Diary of a Lover", 1977), about a young man who is abandoned by his girlfriend. His uneventful life ends in complete loneliness. The film received critical acclaim and was shown at festivals in London and Chicago, among others.

Until 1981, Saless realized four more TV projects: In the documentary "Die langen Ferien der Lotte H. Eisner" ("The Long Vacation of Lotte H. Eisner", 1979, TV), the German-French film historian and film critic Lotte Eisner, revered by many representatives of the new German cinema as a kind of spiritual mother, recounts her eventful life. The social drama "Ordnung" ("Order", 1980, TV) is about a man in his mid-forties from a middle-class background who is admitted to a mental institution because of his increasingly rebellious spirit; at the Cannes Film Festival, "Ordnung" screened in the Quinzaine des réalisateurs series. At the Chicago International Film Festival, it was awarded a Bronze Hugo.

For the three-and-a-half-hour film "Grabbes letzter Sommer" (1980, TV), about the headstrong writer Christian Dietrich Grabbe (1801-1836), who died at an early age, Saless received the prestigious Grimme Prize in Gold (together with author Thomas Valentin and leading actor Wilfried Grimpe) as well as the Grimme Special Prize from the Minister of Culture of North Rhine-Westphalia. Saless' next film was dedicated to another writer whom he said he considered a role model: the documentary "Anton Pavlovič Čechov - Ein Leben" (1981, TV) traced the biography and work of the famous literary figure.

Probably Sohrab Shahid Saless' most famous film premiered in competition at the 1983 Berlinale: "Utopia" (1983), an intimate psychodrama about five women who work as prostitutes for a sadistic pimp (Manfred Zapatka) in an apartment converted into a brothel. Due to its extremely intense atmosphere, radical staging and parable-like story, "Utopia" has long been considered a masterpiece. It was awarded the Television Prize of the German Academy of Performing Arts in Frankfurt am Main and received the Screenplay Prize at the Baden-Baden Television Festival. In 2016, film historian Olaf Möller described the film as "a central massif of world cinema" on the occasion of a Berlin Saless retrospective.

Directly after "Utopia," Saless made "Empfänger unbekannt" (1983) for ZDF, a reflection on everyday racism in Germany: it centers on a middle-class woman who leaves her uncomprehending husband (Manfred Zapatka) and falls in love with an unemployed Turkish architect.

In 1984, Sohrab Shahid Saless was accepted into the Academy of Arts. But despite his artistic successes and the support of filmmakers like Eberhard Fechner, he had to fight again and again to realize his projects. He often met with rejection from funding bodies and producers - a circumstance he bitterly lamented. Saless' unrealized dream projects include adaptations of Fallada's "The Drinker" and Helmut Krausser's "Fette Welt".

But it was not only in the realization of his stories that Saless encountered considerable problems. Several times he was threatened with expulsion, and his artistic work in Germany was merely tolerated: "The residence permit does not replace the work permit," read an official note in his passport. Frustrated by this grueling situation, he temporarily went to Czechoslovakia (then the Czechoslovak Socialist Republic), where he made two films: "Hans - Ein Junge aus Deutschland" (DE/FR/CZ 1983-85), based on the autobiographical novel "Die blaue Stunde" by Hans Frick, is about a boy living with his mother, a German factory worker, in Frankfurt at the end of World War II. Since the (absent) father is Jewish, mother and son are increasingly exposed to anti-Semitic vituperation. "Der Weidenbaum" ("The Willow Tree", CZ/DE 1984), a film adaptation of Anton Chekhov's story of the same name, centers on a farmhand who observes a robbery-murder, takes the loot, and then reports the crime, beginning an absurd course through the authorities.

Back in Germany, he made the television drama "Wechselbalg" ("Changeling", 1985-87), a haunting drama about a petit-bourgeois woman who takes in a foster child with her husband but proves completely unable to form an emotional relationship with the girl. Saless then wanted to adapt Ludwig Fels' novel "Ein Unding der Liebe" as a two-parter for television. He wrote the screenplay, but after long preparations, he was unable to direct it himself due to his cancer illness. "Ein Unding der Liebe" ("Bleeding Heart") was directed by Radu Gabrea.

Four years later, Saless completed his next film: the three-hour drama "Rosen für Afrika" ("Roses for Africa", 1991, TV), once again made as a ZDF co-production involving his mentor Willi Segler, was about a married couple of unequal social backgrounds who fall into a deep crisis due to the husband's self-destructive tendencies. For directing this film, Saless was awarded the TeleStar television prize (forerunner of the German Television Prize) in the Best Director category in 1992. However, he no longer accepted this award in person: he had shortly before moved to the USA, to Chicago, where parts of his family lived. In 1994, he was awarded the Grand Prize of the Foundation of the Publishing House of Authors for his 'complete works' in Frankfurt am Main - as if it were clear that he would not be able to add anything more to this body of work. In fact, Saless was unable to make another film, even in America. On July 2, 1998, he died in Washington D.C. (some sources call Chicago) as a result of chronic liver disease. Only in the years and decades that followed did his oeuvre very gradually receive a more appropriate appreciation by German film scholars.

In his obituary, held at the Akademie der Künste on July 26, 1998, Hans Helmut Prinzler said: "With an accuracy that can be called obsessive, Saless sketched portraits of suffering people. Loneliness, violence, oppression, longing for love are the psychological foundations in his films. For the representation of social reality he did not use the documentary image, but the artful stylization: through the staging of the inconspicuous, the design of the everyday. In images, sounds, sparse dialogues, in an often nightmarish evocation of space and time. (...) It is not only today that we should think of this great artist and his films."