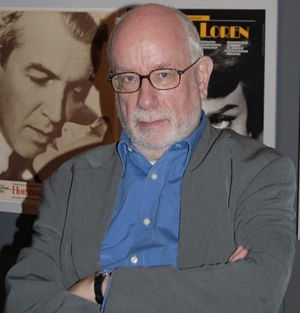 Hans Helmut Prinzler, born September 23, 1938, grew up in Berlin and in Oberndorf am Neckar. After finishing school in 1958, he started to study journalism, theatre studies, and German philology in Munich but changed for the institute of journalism at Berlin's Freie Universität where he became research assistant in 1965. From 1958 to 1961, Prinzler also did an editorial traineeship and wrote about film, TV, and cultural topics in Munich and Berlin. Then, in 1969, Prinzler became director of studies at Deutsche Film- und Fernsehakademie Berlin (dffb). For the important monographies of "Reihe Film" that were published by Carl Hanser Verlag from 1974 on, Prinzler compiled a number of biographies and filmographies that set standards in precision and presentation. From 1979 on, Prinzler worked for Stiftung Deutsche Kinemathek (SDK). As an event and publication consultant, he intensified the assessment of the Kinemathek's collections and the communication of filmhistorical knowledge through book publications and retrospectives.

Together with the journalist Hans Günther Pflaum he published "Film in der Bundesrepublik", a small compendium of the German film scene and its directors, containing basic information about "New German Cinema". Furthermore, Prinzler (and others) supervised several volumes about Steven Spielberg, Fred Zinneman, Wolfgang Staudte, and Helmut Käutner of the "Edition Filme" series. From 1980 on, Prinzler was in charge of the annual retrospectives, that were shown by the SDK at the Berlin film festival. His interesting programmes and accompanying books served as an important impulse to a more fact-oriented approach to film history. In June of 1990, Prinzler became a board member of Stiftung Deutsche Kinemathek and also a chairman of the coordination council of Kinematheksverbund that coordinates the work of important German film institutions.

Since 1984, Edition text + kritik is publishing "CineGraph – Lexikon zum deutschsprachigen Film", a biographical and filmographical loose-leaf encyclopedia that Prinzler developed together with Hans-Michael Bock. In the following years, Prinzler participated in several other important publications about German film, for instance in "Geschichte des deutschen Films", a history of German film Prinzler published together with Wolfgang Jacobsen and Anton Kaes in 1993. Prinzler then developed his favorite work from the appendix of "Geschichte des deutschen Films": "Chronik des deutschen Films", also published by Metzler Verlag in 1995, is also available online at filmportal.de since February of 2005.

Within the scope of Kinematheksverbund, Prinzler coordinated the programm for the cinema centenary in 1995. In 2000, he opened the Berlin film museum in the Sony Center at Potsdamer Platz that was conceived and set up by the SDK on the basis of its large collections. In the following five years under Prinzler's direction, "Filmmuseum Berlin – Deutsche Kinemathek" (the institution's new name) showed 28 special exhibitions besides its permanent exhibition. In 2006, Berlinale director Dieter Kosslick honored Prinzler's "relentless efforts to preserve film's heritage" with a Berlinale camera. On April 1, 2006, Prinzler handed over the management of Kinemathek to his successors, Dr. Rainer Rother and Dr. Paul Klimpel. Furthermore, the TV museum that was co-planned by Prinzler opened its exhibitions at Filmhaus on May 31, 2006.

Hans Helmut Prinzler has been a long-time member of numerous advisory boards and commissions such as Goethe-Institut, BMI, Kuratorium Junger Deutscher Film, or Rundfunkrat SFB/RBB . In 1996, he became a member of Akademie der Künste Berlin-Brandenburg and serves as the director of its film and media arts branch since 2000.

Since he has retired from Kinemathek, Prinzler has finished a documentary film with Michael Althen. "Auge in Auge" ("Eye to Eye: All About German Film...") is a documentary film about his "love for the cinema, and an expedition through 100 years of film in Germany".