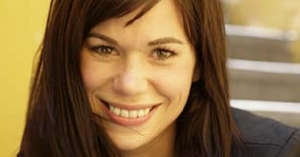 Rita Lengyel also had a number of screen roles so far. She played leads in the fantasy movie "Planet B: Mask under Mask" (2002) and in Hannes Stöhr's tragicomedy "Berlin Calling" (2008).

From 2003 to 2010, she studied direction at the renowned film academy HFF Potdam-Babelsberg. In 2007, her short film "Berlin Budapest" won the DEFA Newcomer Award.

Her first feature film as director was the documentary "Mein Ungarn in Berlin".