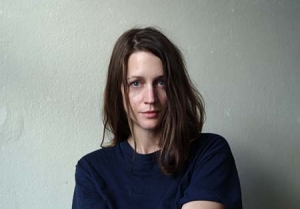 Pia Marais grew up in South Africa, Sweden and Spain. After studying Photography and Sculpture at art academies in London, Amsterdam and Düsseldorf she moved to Berlin to study Film at the German Film & Television Academy (dffb).

She made numerous short films, such as "Loop" (1996), "Deranged" (1998), "Tricky People" (1999), and "17" (2003). After engagements in the film business as a casting director and assistant director, she made her feature debut with "Die Unerzogenen" ("The Unpolished"). The film has screened at international film festivals and won several prizes, including the Tiger Award in 2007 in Rotterdam. Her second feature film "Im Alter von Ellen" ("At Ellen’s Age") was developed in the Résidence du Festival de Cannes.

Three years later, Marais' third feature film premiered in the competition of the 2013 Berlin IFF: "Layla Fourie" is a thriller set in Marais' native land of South Africa and tells the story of a single mother whose attempt at getting a better life for her little son and herself gets her caught in a web of lies, deceit and racism.