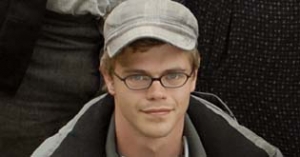 Philipp Josef Pamer was born in Meran, Italy on March 2 1985. He made his first attempts at filmmaking when he was twelve, and at the age of fourteen, he wrote a 60-page screenplay about South-Tyrol"s famous glacial mummy "Ötzi". In 2004, he moved to Munich where he worked as a production assistant in commercials. He gained further experiences as AD and line producer for short films. In October 2005, he started studying direction at the Hochschule für Fernsehen und Film (HFF), being one of the youngest students ever to be admitted to the academy.

During his studies, Pamer completed several award-winning shorts. In 2009, he won the DAAD award for exceptional achievements by foreign students. In 2010, he completed his graduation project "Bergblut", a historical epic set in his Tyrolean homeland. At the 2010 Munich Film Festival, "Bergblut" won the Audience Award.