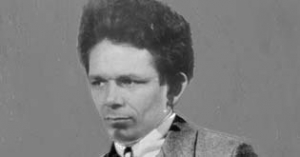 Piel Jutzi was born in 1896 in Alt-Leiningen and died in 1946 in Neustadt. Originally a painter, he directed his first films "Das blinkende Fenster" (1919), "Die Rache der Banditen" (1919) and "Das deutsche Lied - Henkerskarren und Koenigsthron" (1920) auto-didactically. He went to Berlin in 1925 and filmed the comedy "Kladd und Datsch" (1926) and the sentimental "Kindertragoedie" (1927). All of his early works, however, are presumed lost without a trace.

He then worked as a cameraman, documentarist and editor for Prometheus Film on numerous Russian films, as well as with the Russian director Roschal on the first German-Russian production. Russian silent films influenced his worked, resulting in his masterpieces "Hunger in Waldenburg - Ums taegliche Brot" (1928) and "Berlin-Alexanderplatz" (1931).

However, in 1933 his films were prohibited by the government. From then on, he directed short comedies and crime stories. His other films include: "Mother Krausen Goes to Heaven" ("Mutter Krausens Fahrt ins Glueck", 1929), "Frau Eva wird mondaen" (1934), "Die Sache mit dem Hermelin" (1939) and "Fruechtchen" (1942), among others.