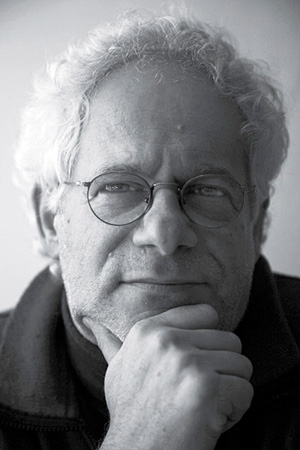 Peter Klement Kahane was born May 30, 1949, in Prague, as the son of journalist and foreign correspondent Max Kahane. His mother Doris Kahane, born Machol, is a painter and graphic artist. After the family returned to East Germany in 1950, he attended elementary school for three years in Berlin from 1955 on before he attended a New Delhi school for one and a half years in 1958. From 1959 on, he lived in a boarding school on Cöthen, finished school in Falkenberg, and went to Erweiterte Oberschule in Bad Freienwalde from 1963 on. In 1967, he finished high school at EOS "Heinrich Schliemann" in Berlin, where he also made his graduation as a fitter for refrigeration systems.

After his first application for the Babelsberg film school was declined, he started to study at Humboldt University in 1967 and graduated in 1971 with a diploma as French and Russian teacher. By chance, Kahane had the opportunity to participate in the making of the documentary film "Die Mitarbeiterin" as a researcher and trainee. From 1973 on, he took over assistant and stand-in jobs at DEFA-Studio für Spielfilme.

Kahane did his military service at Nationale Volksarmee from 1974 to 1975 and subsequently studied directing at Hochschule für Film und Fernsehen Potsdam-Babelsberg until 1979. In his main exam film "Trompete – Glocke – letzte Briefe", he documented three generations of Berlin workers traditions in an interview with Max Knaak. At the same time, he tried to humanize the hero myth of proletarian life. He then finished his graduation film "Des Lebens Überdruss", after Johann Ludwig Tieck's romantic novella, based on a scenario by Waltraud Meienreis.

In 1980, Kahane started to work at DEFA-Studio für Spielfilme, at first as an assistant. He made his debut with the 45-minute long feature film "Weiberwirtschaft" in 1983. The laconic chamber play comedy was finished with the help of cinematographer Andreas Köfer, who was in charge of the camera work for all of Kahane's feature films. His first full-length film "Ete und Ali" became surprisingly successful with teenagers in East Germany that were the target and the topic of the film. For the film, Kahane drew on the classic comedic constellation of a disparate pair of friends. The film deals with the everyday problems in the East German province with slapstick humour and dialogues that tried to absorb the teenagers' vernacular. "Vorspiel" is located in a similar milieu but describes the first shy attempts of the decorator apprentice Tom to win the heart of his dream girl Corinna who has just moved in from the big city in a more poetic, good-humoured way.

In 1989/90, Kahane finished "Die Architekten" ("The Architects"), a compelling parable about the failure of progressive ideas in the view of everyday constraints and restrictions. The fact that the creation of the film coincided with the political upheaval in the German Democratic Republic and the related end of DEFA in its present form turned "Die Architekten" into an equally fascinating and ambivalent argument about idealism and utopia.

During the 1990s, Kahane focused more and more on TV productions but still finished the tragicomedy "Bis zum Horizont und weiter" ("To the Horizon and Beyond") for the movie screen in 1998. In his documentary film "Tamara", Kahane presented a sensitive portrait of the East German rock music icon Tamara Danz, the singer of the band "Silly", who died from cancer in 1996. In 2008, Kahane returned to the movie screen with a star-studded film version of the anti-authoritarian children's book classic "Die rote Zora" ("Red Zora"). In the following year, he finished the love story "Meine schöne Nachbarin" for the movie screen, starring Jörg Schüttauf who had already played a leading role in "Ete und Ali".

Peter Kahane is married to the exhibition technician Karin Kahane since 1982 and lives with his wife and their two sons in Berlin-Prenzlauer Berg.