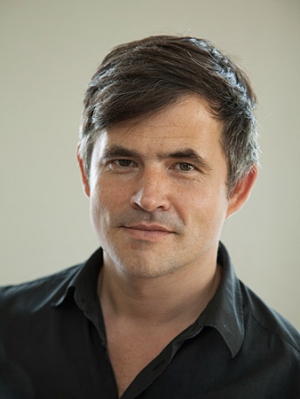 Oliver Haffner was born in Munich in 1974. He first majored in political sciences, but then studied theatre direction at the Max-Reinhardt-Seminar in Vienna. After a short stint as an assistant director at the Wiener Burgtheater, he worked as a freelancing director at several German-language theatres, including the Wiener Festwochen, the Pfalztheater Kaiserslautern and the Schauspielhaus in Bochum. In 2000, he enrolled at the HFF Munich, where he studied film direction. Following several shorts, he completed his feature-length graduation project "Mein Leben im Off" in 2010.

His next two feature films, "Ein Geschenk der Götter" ("A Godsend", 2014) and "Wackersdorf" (2018) both premiered at the Munich International Film Festival and won the festival’s Audience Award respectively. A mixture of seriousness and satirical humor, "Ein Geschenk der Götter" tells the story of an unemployed actress, who ends up leading an acting class for permanently unemployed persons. "Wackersdorf" (2018) is about the civil resistance that surrounded the highly controversial plans of the Bavarian State Government to build a nuclear reprocessing plant.