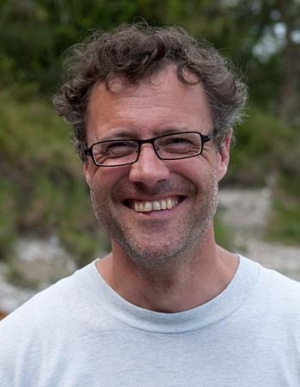 Norbert Lechner was born in Munich in 1961. He studied agronomy and gained first experience in media as a writer of radio plays and features. In 1985, he directed his first short "Bauchwunde" featuring Ottfried Fischer. Two years later, he re-enrolled and majored in German, philosophy and art history. Still a student, he founded the film production company "Kevin Lee" in 1990 and completed his first feature film "Wounded Faces", which premiered at Hofer Filmtage.

Having graduated from the department for film philology, Lechner started working as a screen writer for TV series and radio plays, as well as a producer for documentaries from 1994 onwards. His documentary short "Die Scharfen Verführer" (co-director: Sabine Bachthaler) premiered at Munich's Dokumentarfilmfest in 1996.

In 2015 he started shooting his next film: "Ente gut! Mädchen allein zu Haus" ("Fortune Favors the Brave") was about a self-confident eleven-year-old who takes care of her little sister with a lot of wit. At the Filmfest München 2016 the film won the children's media prize "Der weiße Elefant" for Best Young Actress (Lynn Dortschack). Lechner's next feature film was not a story about children but about teenagers: "Zwischen uns die Mauer" (2019), set in 1986, tells the story about the forbidden love between a GDR boy and a girl from West Germany.