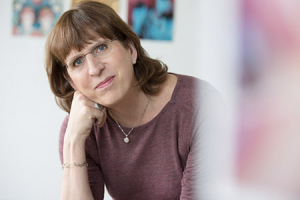 From 1994 to 2002 Nina Wels studied animation at the Academy for Film and Television in Potsdam-Babelsberg. In the following years she worked as an animator for various television and cinema productions, as 3D animator for "Lissi und der wilde Kaiser" ("Lissi And The Wild Emperor", 2007) and as chief animator for "Jasper und das Limonadenkomplott" ("Jasper: Journey to the End of the World", 2008) among others. Together with Thomas Bodenstein, she then co-directed  the first adaptation of the children's book character "Ritter Rost" (2012), which was a great success with the public. Together with Hubert Weiland she directed the box-office hit "Der kleine Drache Kokosnuss" ("Coconut The Little Dragon", 2014). For television she staged the animation scenes for the third season of "Mia and Me - Adventure in Centopia" (IT/DE/CN 2017), a popular children's series that combines real film and CGI animation.

In spring 2019 Nina Wels published her first children's book: "Eislicht - Das Geheimnis von Troldhule", based on one of her scripts. In the winter of 2019 her animated film "Latte Igel und der magische Wasserstein" ("Latte and the Magic Waterstone"), directed together with Regina Welker, was released in cinemas.