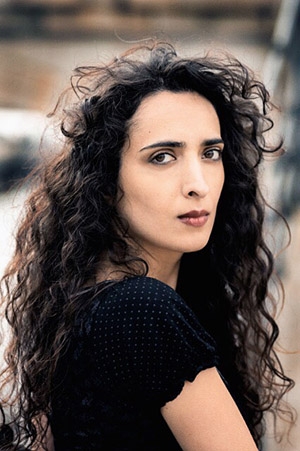 Nana Ekvtimishvili was born in Tiflis on July 9 1978. First studying philosophy in her hometown, she later enrolled at the "Konrad Wolf" film school in Potsdam, where she majored in screenwriting and dramaturgy. She co-wrote Simon Groß' drama "Fata Morgana", and her short "Warten auf Mama" (2011) won the audience award at the 2013 Triest Film Festival. In 2013, Ekvtimishvili's feature film debut "Die langen hellen Tage" ("In Bloom", GE/DE/FR) – which was co-directed by Simon Groß – premiered in the Forum section of the Berlin IFF.

The film was Georgia's official submission to the Academy Award for Best Foreign Language Film (yet it wasn't nominated), and garnered numerous awards at festivals, including the SKODA Award of the GoEast Festival, Wiesbaden, the Young Cinema Award and the FIPRESCI-Preis of the Hongkong Film Festival, and both the Audience Award and the Award of the Youth Jury at the Milano Film Festival. "Die langen hellen Tage" was released in Germany in the summer of 2014.