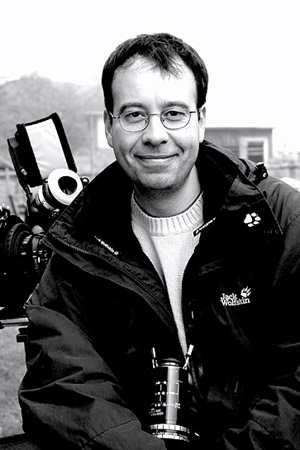 Source: Above the Line, © Christine Schroeder

Miguel Alexandre graduated from the Academy for Television & Film (HFF/M) in Munich in 1994. Just one year earlier his 1992 short film, "About War", had been nominated for an Oscar for Best Foreign Student Film. Since then he has been flexing his directorial and authorial muscles for German television on TV movies, series and drama. And collecting more plaudits along the way. "Der Pakt" (1996), won him the RTL Golden Lion for Best New Director, the Telestar for Best New Director and the 3sat Viewer"s Award. The drama "Nana" (1996) was nominated in 1997 for the Adolf Grimme Award and the German Youth Video Award. His first feature film for the cinema was "Gran Paradiso" (1999). After that, he made "Schutzengel gesucht" (TV, 2001)and "Weil ich gut bin!" (TV, 2002).