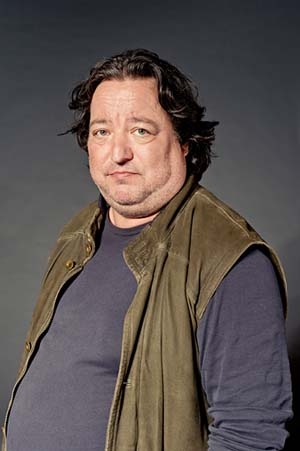 Matthias Scheuring was born in Kiel in 1957. He studied acting at Academy of Performing Arts in Frankfurt, Main. During his stage career, he was an ensemble member at the Thalia Theater in Hamburg and, with few interruptions, belonged to the ensemble of the Schauspiel Frankfurt for many years. He made guest appearances at the Vienna Burgtheater, the Stuttgart Staatstheater, the Schauspielhaus Zurich, and the Theater Dortmund, among others. Despite being foremost a distinguished stage actor, Scheuring also repeatedly appeared in supporting roles in TV and film productions. Between 2004 and 2006, he had a recurring role as a mortician in the TV series "Polizeiruf 110", and from 2009-11 was a cast member of the series "Alles was recht ist".

In 2012, Scheuring appeared in his first leading screen role as the mute kiosk owner Bruno in Felix Stienz' offbeat comedy "Puppe, Icke & der Dicke". The film received the audience award at the Max Ophüls Film Awards 2012, among others. Despite the success, Scheuring remained loyal to the theatre stage and was, among others, a permanent ensemble member of "Barock am Main" until his early death.

On January 12, 2020 Matthias Scheuring passed away in Frankfurt at the age of 62.