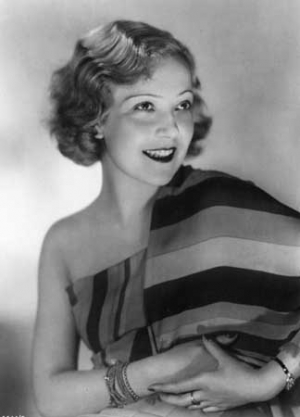 Marta Eggerth, born April 17, 1912, in Budapest, made her first performance as a singer already at the age of eleven and soon became known as a musical prodigy. She performed at the Hungarian state opera in Budapest, then in Vienna, in Hamburg, and in Frankfurt and became a popular operetta star because of her silvery soprano voice. After finishing a film in Hungary, she made her movie debut in Germany in 1931 in Richard Eichberg's "Bräutigamswitwe", that was followed by several other films including "Es war einmal ein Walzer" ("Once There Was a Waltz"). Franz Léhar composed the music for "Es war einmal ein Walzer" for Eggerth. In favour of her movie work, Eggerth appeared less and less on stage.

In 1936, Marta Eggerth married the Polish tenor and film star Jan Kiepura. They both starred in the film "Zauber der Bohème" ("The Charm of La Boheme", 1937) based on motives from Puccini's opera "La Bohème".

Until the end of the 1930s, Eggerth starred in numerous successful operetta films and musical comedies, mainly as a cheeky, captivating girl, but also in more tragic roles, for instance in "Leise flehen meine Lieder" ("Lover Divine", 1933). Critics not only praised her musical abilities but also her nuanced acting.

Because of her Jewish descent and as a foreigner, Eggerth's work permit was restricted during the Nazi regime. Together with Jan Kiepura she emigrated to the United States via France in 1938. There, she was rarely seen in films anymore and only appeared in two MGM musicals alongside Judy Garland, "For Me and My Gal" (1942) and "Presenting Lily Mars" (1943). Together with her husband, Eggerth returned to the theatre and starred in several Broadway productions. Both landed a huge three-year long success with Léhar's operetta "Die lustige Witwe" ("The Merry Widow") that ran on Broadway and went on an extensive tour. Although they did not succeed to return to the film business after the war, Eggerth and Kiepura often toured Germany with their productions.

In 1966, Jan Kiepura died. Martha Eggerth kept performing on stage until old age. In 2000, she performed in a gala show on the occasion of the 200th birthday of the Viennese Volksoper. Late in her career, she also made an appearance in the episode "Nie wieder Oper" of the Austrian branch of TV crime series "Tatort".

In 1979, she received the German film award in gold for her longtime, outstanding achievements in German film.