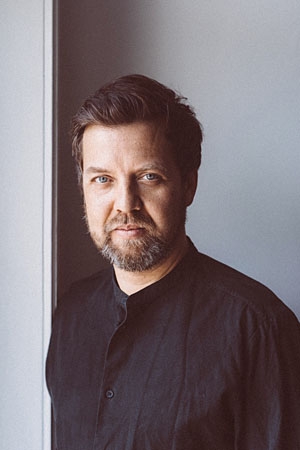 Marcus Richardt was born in 1974 in Merseburg. In 2002, he began studying visual communication with a focus on film at the Hochschule für bildende Künste (HfbK) Hamburg. His student short fiction film "Mars" was shown at several international festivals and was awarded the Cinegate Prize for Best Short Fiction Film at the Nordische Filmtage Lübeck 2007.

After graduation, Richardt founded Favo Filmproduktion in Hamburg in 2010 with which he produced a number of opera and concert recordings for television, as well as documentaries such as "Club der wilden Dichter" (2015, about poetry slams) over the next few years. His short feature film "Der Passagier" (2012), about a confused man who triggers panic (and finally violence) on board a flight, was voted short film of the month by the Filmbewertungsstelle (German federal authority for evaluating and rating film and media).

With "Goliath96" (2017), Richardt directed his first feature-length film, a drama about a mother (Katja Riemann) who tries to get through to her adult son (Nils Rovira-Muñoz) who has been locking himself in his room for two years. The premiere of the film took place at the Hofer Filmtage 2018. After further festival screenings, "Goliath96" was released in German cinemas in April 2019. In autumn 2019, Richardt’s documentary "Das Haus der guten Geister" about the special spirit and ethos at the award-winning opera of Stuttgart, had its theatrical release.